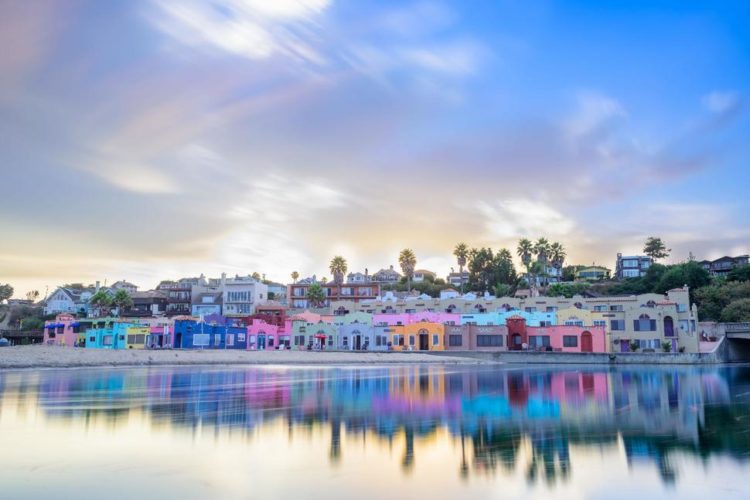 La Jolla is a chic beach community within San Diego city limits, it is known as one of the top beach destinations’ in the world. The temperature on average is known to be around 71 degrees for most of the year. It is the home to University of California, San Diego, as well as the Salk Institute, Scripps Institution of Oceanography (part of UCSD), Scripps Research Institute, and the headquarters of National University. As of 2010 the population was under 50,000 residents, it is located 12 miles north of downtown San Diego and is 14 miles from the San Diego airport.

La Jolla is made up of three main parts La Jolla Cove, Bird Rock and UTC (University Towne Center). La Jolla Cove is known as the upscale area of La Jolla. It has the steep cliffs to the north and the beach shore to the south, just to the north of the Cove is the popular La Jolla Shores beach. Bird Rock is a more eclectic and laid-back area of La Jolla, it is known for its shops and restaurants and is home to one of San Diego’s best beaches, Windansea Beach. UTC is the more affordable area of La Jolla; it holds the housing for the University of California and is where the Westfield Mall can be found.

The la jolla real estate market is quite vast. Proprieties are selling from the upper $500k up to 30 million. The average household income is $154,914 and the average household net worth in La Jolla is $916,672. Most of La Jolla residents are white collar workers with 30.7% being blue collar. When it comes to rental properties $4650-$6864 is the average rental price. Rental prices have significantly jumped in price in the last 3 years. Apartments and condominiums in La Jolla range anywhere from $1425 up to $20,000, depending on how close it is to the beach or the number of bedrooms in the unit.

Most of La Jolla’s households are families. There are 14 schools in the La Jolla school district. Out of those schools 8 are private, 5 are public and 1 is a charter school. Of these schools there are three high schools, one 6-8 middle school, four k-6 elementary schools, and the private academy schools vary in grades from K to 12. The public schools are all rated an 8 or higher and the private school aren’t rated. According to a study in both Newsweek and US News, La Jolla High School is one of the top high schools in the nation.

La Jolla is a community that offers something for every type of person that lives there. If you are a golfer there is a world-renowned golf course called Torrey Pines which has hosted many Invitationals. There are several day spas and resorts for people who want to relax. If you are looking for attractions in La Jolla go to La Jolla By the Sea.